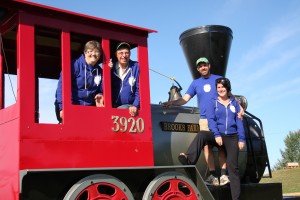 Brooks Farms
Contact: Kevin Belluz, local distributor for the Brooks Family
Address: 122 Ashworth Road Mount Albert, ON,
Email Address: superiorseasonsfood@gmail.com
Phone: 807-475-5181
Website: www.brooksfarms.com
About Us
Brooks Farms started in the mid 1800’s when Edward Brooks, a bright-eyed London bobbie decided to bring his family from England to Canada. After spending a few years closer to the town of Uxbridge, Edward moved the family a little further west towards Mount Albert, and set up home base at our current location.

For over 150 years the farm grew corn, wheat, barley, turnips, potatoes, and all sorts of farm animals. In 1990, the fourth generation farmer, Alvin Brooks and his wife Brenda, decided that growing pick your own strawberries and raspberries would help put their sons and daughter through school. In 1994, their second oldest son, Paul, decided to farm full-time with his father.

In 1998, after several years of growth with strawberries and raspberries, Brooks Farms started to offer pick your own pumpkins, and the Fall Fun Festival was born. In 2007, Kelly joined the Brooks family. Her graphic design skills were put to use rebranding the farm and giving it the quirky characters customers have come to know and love: The Barnyard Bumpkins.